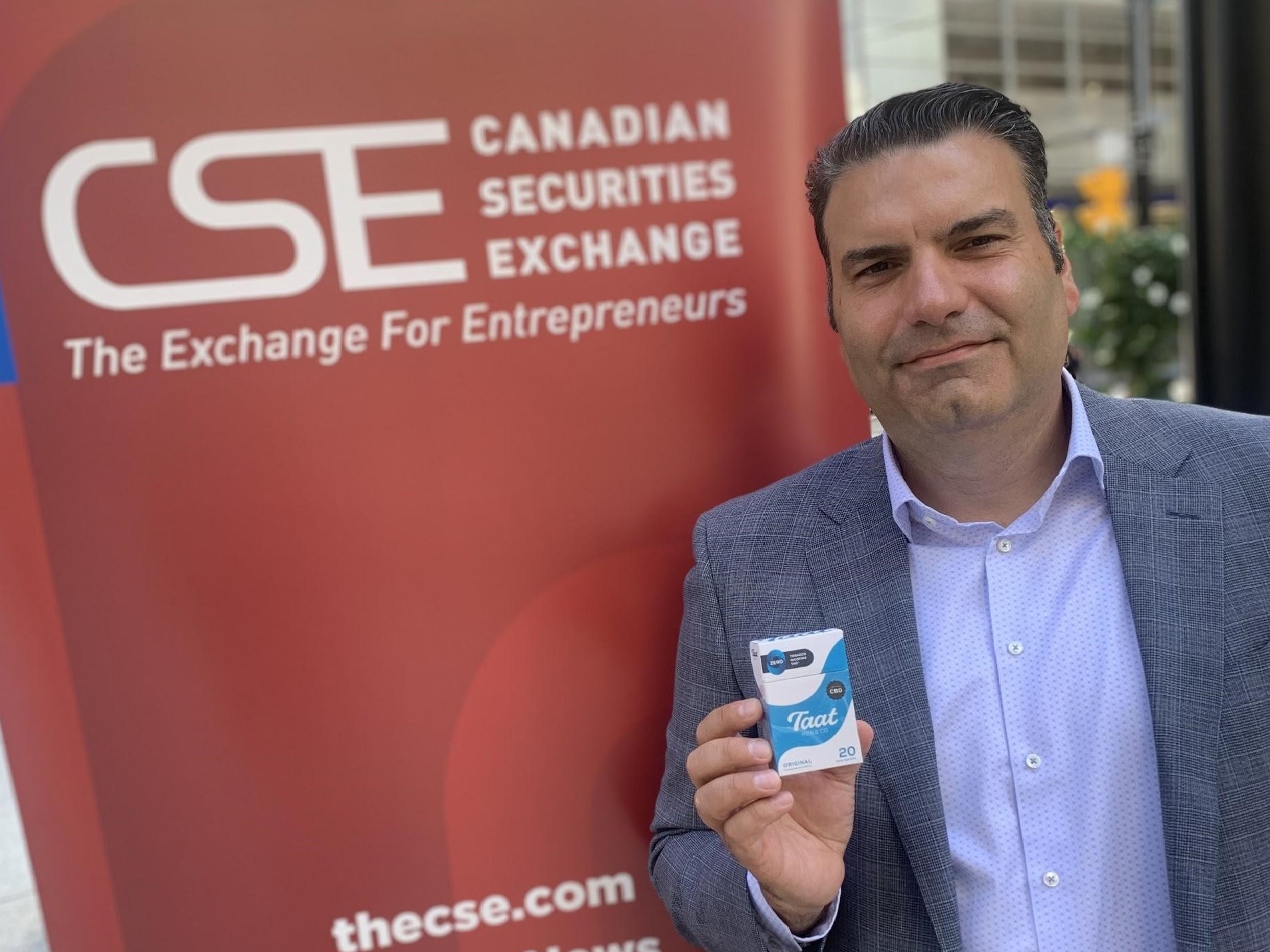 A Las Vegas-based company preparing to launch a brand of CBD-containing hemp cigarettes later this year has appointed a former Philip Morris strategist as its CEO.

Taat Lifestyle & Wellness Ltd. said in a statement that Setti Coscarella was uniquely suited to the CEO role given his experience in finance and management and his familiarity with the tobacco industry through his experience as a lead strategist at Philip Morris International.

During his tenure at Philip Morris, Coscarella led a commercialization team in Toronto and was a strategist for so-called Reduced Risk Products, an emerging category in the tobacco industry to provide alternatives for smokers. He has also worked as analyst and investment banking roles at three of Canada’s “Big Five” financial institutions – Scotiabank, CIBC and TD Securities – as well as positions in private equity and management consulting.

Taat’s Beyond Tobacco hemp cigarettes, due to launch in Q4 of this year, contain “a minimum of 50 mg of CBD” and less than 0.3% THC per cigarette. They are marketed to smokers as a cigarette alternative to mitigate tobacco withdrawal and help tobacco cigarette users quite smoking.

“For a matter of decades, public attitudes towards tobacco have consistently called for a less-risky alternative to traditional cigarettes,” Coscarella was quoted in the announcement as saying. “What appealed to me about Taat is how they have developed Beyond Tobacco to be a cigarette alternative that is designed to emulate a tobacco cigarette, but without any tobacco or nicotine.”

“I am very eager to be in the driver’s seat of Taat as we approach the planned launch of Beyond Tobacco in Q4 2020,” Coscarella added.