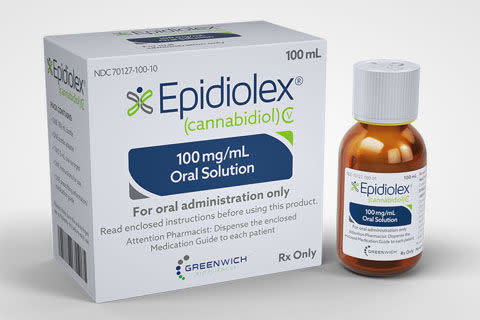 CBD drug Epidiolex received approval from the U.S. Food and Drug Administration to treat seizures associated with a third medical condition, expanding the range of indications for the cannabis-derived medication.

The orally administered drug from Britain’s GW Pharmaceuticals previously was approved by the FDA to treat seizures associated with two forms of severe epilepsy, Lennox-Gastaut syndrome and Dravet syndrome.

The new FDA approval, granted July 31 to GW’s U.S. subsidiary, Greenwich Biosciences, means the drug can now be used in the United States to treat seizures associated with tuberous sclerosis complex, a genetic disease believed to affect one in 6,000 people.

The FDA approved Epidiolex to treat TSC patients 1 year old and up and also expanded the age range for the use of Epidiolex to treat seizures caused by Lennox-Gastaut and Dravet syndromes, lowering the minimum age from 2 years old to 1, GW Pharma said.

“This label expansion, including the expansion of the age range in all approved indications, further demonstrates that the FDA process can continue to enable broader patient access to appropriately tested regulatory approved cannabinoid medicines,” GW Pharma CEO Justin Gover noted in a news release.

The FDA said that, in comparison to a placebo, Epidiolex treatment led to “a significantly greater reduction in the frequency of seizures” in a randomized, double-blind, placebo-controlled trial of 224 TSC patients.

Epidiolex sales comprise the vast majority of GW Pharmaceuticals’ revenue, which was $116.1 million in the company’s most recent quarter.

GW Pharmaceuticals trades as GWPH on the Nasdaq.