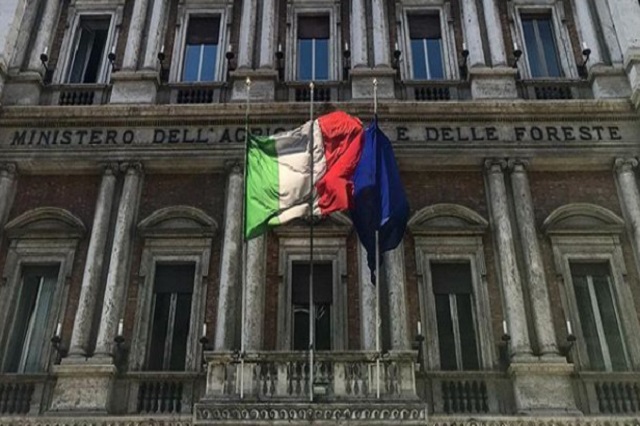 Italy’s Agriculture Ministry has included hemp flower for “extraction uses” on an official list of agricultural products for medicinal purposes.

The change signals the possibility of increased market opportunities in Italy for growing hemp for cannabinoid extraction, despite uncertainty about how the plant is treated elsewhere in Europe.

The listing came in a decree approved by Agriculture Minister Teresa Bellanova and published in the official gazette in August. Hemp flower – “canapa infiorescenza” – was listed under “medicinal plants” in a table of agricultural products.

The table provides maximum unit prices that can be used for determining the products’ insurable values.

According to Giacomo Bulleri, an attorney on the board of the Italian hemp association Federcanapa, the inclusion of hemp flower on the list suggests the entire plant is one step closer to being recognized as an agricultural product.

“It is too early to draw certain conclusions, but surely it’s a good signal for the sector,” Bulleri told Hemp Industry Daily.

The legality of harvesting and processing industrial hemp flower has come under increased scrutiny by EU regulators, who are facing a growing market for CBD products on one hand and a 1961 treaty’s definition of cannabis as a narcotic on the other.

Much of the controversy stems from to the fact that the drug marijuana and industrial hemp both derive from the Cannabis sativa plant.

Under the U.N.’s 1961 Single Convention on Narcotic Drugs, cannabis is defined as “the flowering or fruiting tops of the cannabis plant (excluding the seeds and leaves when not accompanied by the tops) from which the resin has not been extracted, by whatever name they may be designated.” The treaty exempts hemp’s fiber and seed.

Today, more than 70 low-THC varieties of Cannabis sativa are legal for cultivation in the EU.

But the U.N. convention’s wording has led some countries to ban the harvesting of hemp flower or demand that growers destroy the flowering tops after harvest.

This means EU-certified varieties of hemp – that is, varieties with no more than 0.2% THC – could be grown and processed as a medicinal plant, he said.

Graham Cooper - October 5, 2022 0
Well here’s one way to suck all the fun out of psychedelics. So far tested only on mice, some scientists have published a report in...

Almost a thousand applicants for first round of Marijuana Licenses in...